Articles
Two-way radios since their inception have used analog technology to transmit your voice over the airwaves. But like every other technology, two-way radios are now starting to go digital to take advantage of all the benefits digital offers. 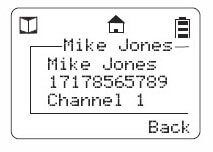 Digital technology brings capabilities that were not possible, at least not cost effectively, on analog radios.

The most requested feature for a two-way radio has been the ability to call a single individual instead of an entire a group. With analog two-way radios the only way to do that was to put individuals on separate channels and if someone wanted to make a call, they had to switch to the channel of the person they wanted to call. But then they had to remember to switch back to their channel or the rest of the group wouldn't know where to find them.

Not only is this setup impractical, but it also uses too many frequencies, which can be expensive to license. Another reason this doesn't work is because individuals then lose the ability to call the entire group all at once since everyone is on different channels.

Using digital technology each radio has its own unique multi-digit identification code, which is similar to a telephone number in the world of telephones. When a user wants to call another individual, he or she simply uses the radio's navigation keys to scroll to the individuals name and select it. The call recipient's radio receives either an audible or vibrating signal, and their unit then displays the caller's ID information.

Just like a phone has a call log, so too can a digital two-way radio. Using a scroll list, users can view a recent-calls list showing the source and target of the last transmissions with time and date information. If you miss someone's call, you can always see who it was from.

In addition to individual calling, you can still call a group of people too. Plus you can define groups so if you don't want to include everyone, you don't have to. A public group enables you to call anyone on the same channel as you. A private group is set up by adding users from your contact list (and then cloning this list to other radios via cable or over airwaves). If there are four people on a channel, but you only want three of them in a group, you can set that up. The private groups enable you to have private conversations that won't be picked up by anyone else who owns the same radio, whereas the public groups can be heard by anyone on that channel.

Another benefit of digital radios is that a single "channel" allows more than one conversation unlike analog which will only allow one. With digital, each channel can be reused while an established transmission is in progress. Some digital radios use frequency-hopping spread-spectrum technology so a channel can use as many as 50 frequencies. 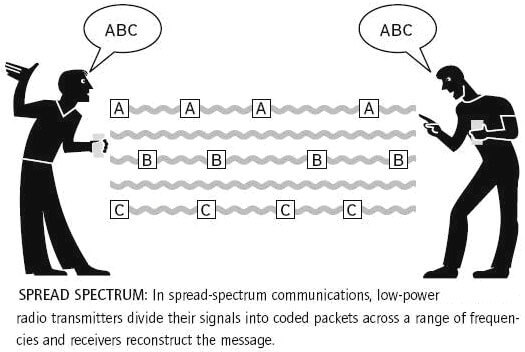 Spread spectrum works by "multiplexing" multiple signals and sending them along different frequencies within the allotted frequency range for a device. Or in other words it splits the spectrum into tiny slices. By spreading a signal across a range of frequencies, it's possible to carry more transmissions simultaneously. The basic notion is that if the transmission is broken into pieces, each of which is tagged with a code, a receiver that knows the code can reconstruct the message.

Digital radios provide better voice quality and more reliable coverage than a comparable analog radio. With an analog two way radio, everything in the environment that interferes with the signal directly reduces the voice quality on the receiving end. The strength of the signal falls off as the distance increases, but at the same time the background noise level remains the same. The result is a continually degrading voice quality the farther the signal broadcasts.

Digital systems remove noise and they have built-in error-correction techniques that rebuilds a voice transmission to nearly its original fidelity throughout the majority of its coverage area. If the two-way radio receiver can understand the digital voice signal, it can decode it and reproduce voice clearly.

Digital two-way radios can be found at www.IntercomsOnline.com 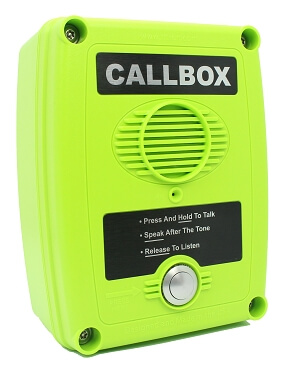 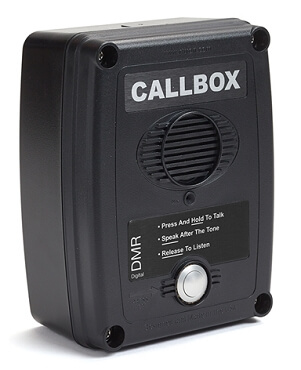