What is the Two-Way Radio Stun/Kill/Revive Feature?

Some two-way radios have a 3 unique functions called stun, kill and revive which are used in situations where the radio has been lost temporarily or stolen. These functions can disable and enable the device remotely and are used to prevent the unauthorized use of the device by unscrupulous persons.

If a 2-way radio has been lost, the user can send remote stun signals from a second radio to the lost radio to inhibit all the functions of the device making it practically unusable. The two way radio can neither receive nor transmit any messages over any of the channels if it has received a stun signal.

Once the lost radio has been re-located, the device can be enabled again by sending the revive signal from another device to lost radio, re-activating all its functions.

If a two-way radio is deemed to have been permanently lost, then the user can send kill signals from another device to the lost radio permanently disabling all its functions. Such a killed radio, if recovered at a later time, can only be re-activated after re-programming its internal circuitry.

The Stun-Kill-Revive functions provide a safety feature to prevent its unauthorized use. 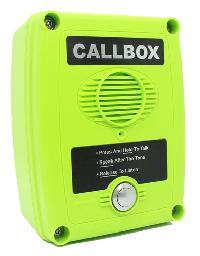